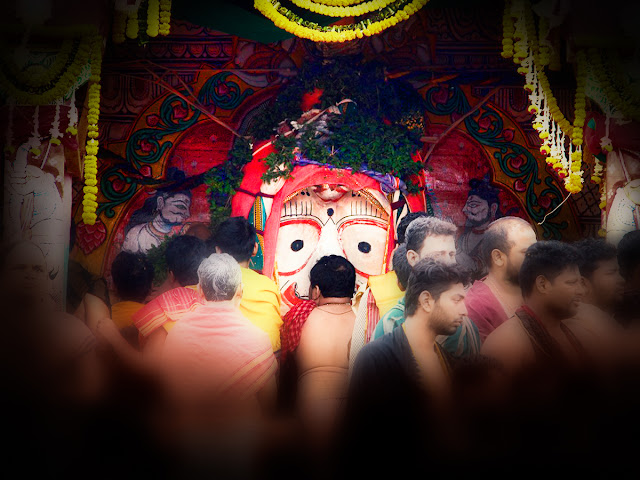 Daily from dawn to dead of night numerous Rituals are done in Sri Mandir for the central deities Shri Jews i.e Lord Balabhadra, Lord Jagannatha, Devi Subhadra and Chakraraj Shri Sudarshan.So, here we will figure out about the daily rituals in details :

The day begins with waking up the Lords and opening the gates of the temple. This ritual is scheduled every day before the dawn breaks, i.e. before 5 AM.From the Ekadasi after Dashara on Aswina dasami to Kartika Purnima, and from Dhanu Sankranti to Makara Sankranti in the month of Pausa, about from 14 December to 14 January and on special rituals, the doors open at 2 or 3 am, or from the midnight 12 am, while it is still dark. 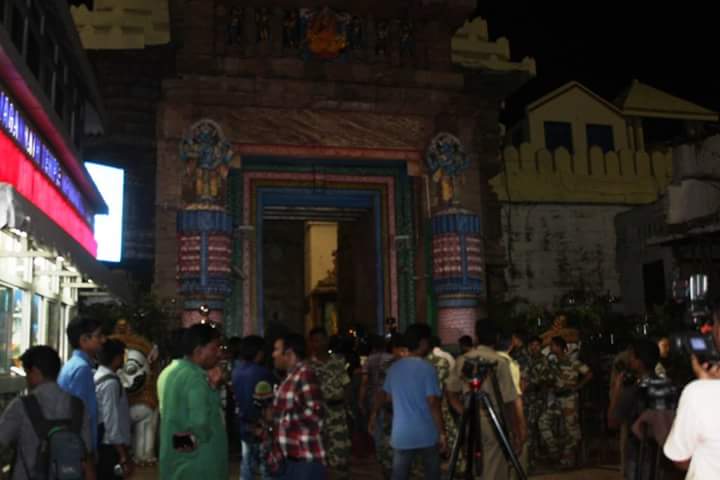 The previous night, the inner precincts of the temple are cleaned and the Kalahata Dwara (Chamu Dwara) and the Jaya Vijaya Dwara are locked and sealed.Even the entrance gates are also sealed so, early in the morning, the smaller gates which are a part of the main gates of the four directions are opened for the Sevayats(servitors) only. The Bhittarcha Mohapatra, Pratihari, Muduli, Akhanda Mekapa and Palia Mekap and others arrive in the morning to open the doors.Bhittarccha Mohapatra enters from the lion’s gate(eastern gate) and rests all from the south gate.
Once the Bhittarcha Mohapatra enters the inner boundary of the temple and all the main doors are opened.These five Sevayats arrive at the Jaya Vijaya Dwara and inspect the lock.Muduli opens the lock. Servitors now enter the Jaya Vijaya Dwara and close it from inside. Then they inspect the lock of the Kalahata Dwara and then the Pratihari calls on the unique Manimaaaa (lord of the three worlds) daka (calling out) is given from outside the inner sanctum’s door, then they request "Ratnapalanka ru uthi RatnaSinghasana re vije kariba huantu Manima" which means Oh lord! of the three worlds please get up from the bejeweled beds and get atop the Ratnasinghasan.Whosoever will hear this Manima Daka will get goosebumps, At this time unique songs are being sung by people of Sana chata matha and the public with the traditional musical instrument.
As they will find the door of the garbhagriha(Sanctum Sanctorum) is unlocked from inside than first meditating on the lord, Opening it slightly Bhittarcha Mohapatra enters inside and close it again. Then the Jaya Vijaya Dwara is slightly opened from inside. The Khata Seja Mekap, Palia Suara Badu, Garabadu and Khuntia enter inside. 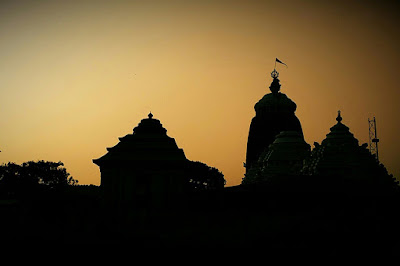 Now everyone’s eyes are on the main door of the Garbhagriha, (Note : as they are alive, like us when we sleep or relax ourselves on bed then our clothes are not proper and uneven even the bedsheets likewise their clothes are too not proper so to make it proper for their appearance to the public, Bhittarccha Mohapatra gets atop the Ratnasinghasan and makes the clothes proper.)
Then the door of the Garbha-ghiha along with the Jaya Vijaya dwar both are opened simultaneously and completely. As it opened and from the Jagamohan as people are singing songs, immediately they start singing the Dasavatara Stotra the followed by Mangalagitam, the songs of Gita Govindam.

[Note: The verification of seals on the doors which are given in previous nights and the checking of sanctity and cleaning of floors of inner sanctum are termed as Bhitara sodha(sanctity).]
Tags:
Daily Rituals Jagannath Puri Jagannath rituals Rituals of Jagannatha Temple sri mandir Sri Mandir Rituals
Sri Mandir Rituals